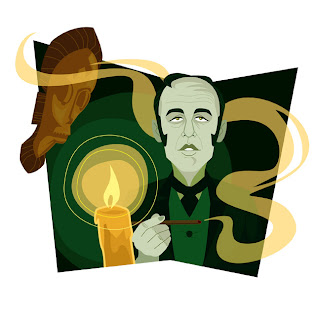 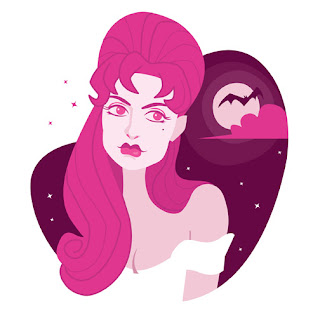 Here are two pieces that I completed this week. Squire Hamilton from 'Plague of the Zombies', in green, followed by Marianne Danielle from 'Brides of Dracula' in the pink!
I was recently laid off from my job of eight years and am now trying to decide what direction I need to take. I'm considering taking on some freelance, but I don't even know where to begin. I'm ready for a change...
Posted by Belle Dee at 7:54 AM 8 comments: 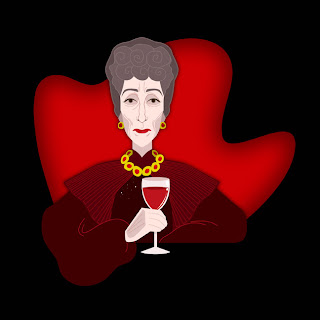 Here is another character from 'Brides of Dracula' I've been meaning to get around to doing. Martita Hunt as the tragic mother Baroness Meinster. I loved her in the film & her face has such great character, I just really wanted to draw her.
Posted by Belle Dee at 7:46 PM 4 comments: 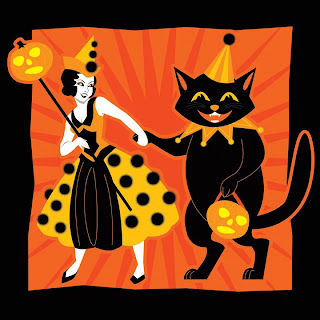 I love Halloween. And while it is still a few months away, I thought I would bring in a little early taste of it. One thing about Halloween I really love is the vintage graphic design & illustration work that you see in early to mid 20th Century party decorations & favors. While I don't collect much vintage Halloweeen, I do have several books that feature photos of pieces from various collections. I have spent hours looking through these books. So after doing my first Day of the Dead lady, I decided that I should try doing a Halloween piece with a vintage flavor. This is my first attempt. The female figure was actually drawn from an Illustration that was featured in Dennison's Bogie Book from 1925. I gave her my own twist, and the cat was constructed from various cat images. I hope to do more stuff like this in the future, as it was great fun and I love the subject matter. Here is the image from Dennison's:

The Witch Livia & Her Imp 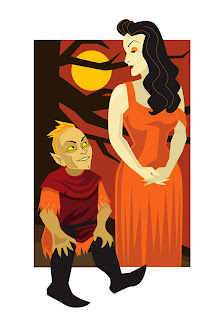 I love Roger Corman's 'The Undead' (1957). I really wish this film would get an official DVD release, because I know that my crappy VHS copy will not last forever! Although it's holding up pretty well. The witch Livia is one of my favorite horror cinema characters ever. Livia was played by the gorgeous Allison Hayes and her Imp was played by Billy Barty.
Posted by Belle Dee at 10:34 AM 2 comments: 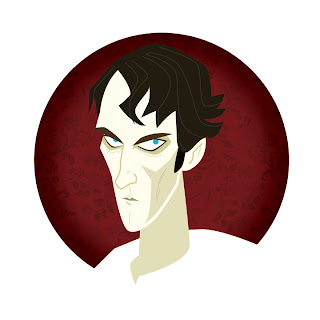 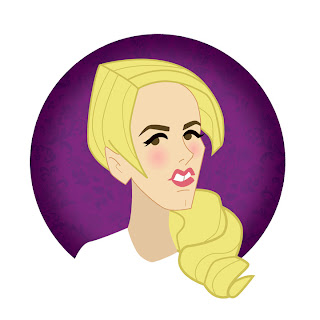 So, about two weeks ago, I was sitting at my desk and with nothing else to do, so I did two very quick caricature-like head shots of Sookie & Vampire Bill from the HBO series 'True Blood'. I liked the way they looked so I just decided to see them on thru into a final Illustrator piece, rather than going back & trying to do a lot of re-vamping (ha, ha). When I look at these (especially Bill), it makes me think it's like 'True Blood' the animated series. I hope sometime soon I'll be able to work up a piece that features Sookie & Bill together.
Posted by Belle Dee at 8:18 AM 4 comments: 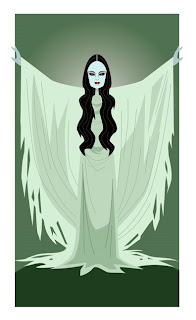 This month's challenge over at the CHFB is The Ladies. Ladies of Horror. I'll probably do a couple this month. I've done some sketches, I just need to do finals. But for now here is Carol Borland as Luna from 1935's 'Mark of the Vampire'.
Posted by Belle Dee at 1:30 PM 4 comments:

Ok, I posted about this earlier this year, and now I'm going to do it again. Over at the Classic Horror Film Board, artist/actor/writer, Frank Dietz started up the 'Classic Monster Art Challenge'. Every month he assigns a topic, and members are encouraged to share their artistic renderings of said topic. It is not a contest, merely an exercise and a chance to share work with other creative people. I'm always excited to see the newest topic & what other members have to contribute.
I have now been participating in the challenge for 6 months! And I have only shared 1 of those pieces here on my blog. So today is the big 6 month dump.

Jan. 2009 – Reptiles! I did two. The Giant Gila Monster & The Reptile. The Reptile piece will be featured in an upcoming issue of Little Shoppe of Horrors magazine. 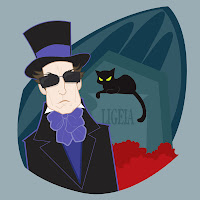 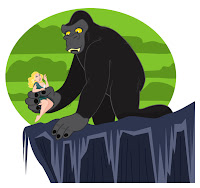 Apr. 2009 – Boris Karloff. The challenge was to draw Karloff in a role that wasn't Frankenstein or The Mummy. I picked 'Die Monster Die' from 1965. 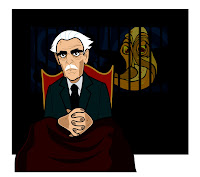 May 2009 – Lycanthropy! Werewolves. Being a Hammer fan & Oliver Reed lover, had to go with 'Curse of the Werewolf' from 1961 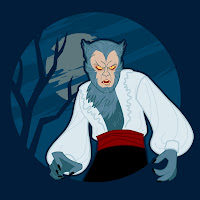 June 2009 - The Mummy! While I am a huge fan of 'The Mummy' from 1932 and in particular the Ardath Bey character, I wanted to draw a proper bandaged mummy. So I drew Kharis from 1944's 'The Mummy's Ghost'. I had a good time preping myself for this drawing as I hadn't visited these Mummy sequels in a very long time. So I re-watched them all, trying to pick out something to draw. I did draw an Ardath Bey head, but I'll save that one for another post. 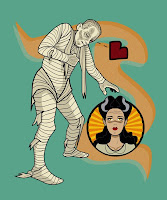