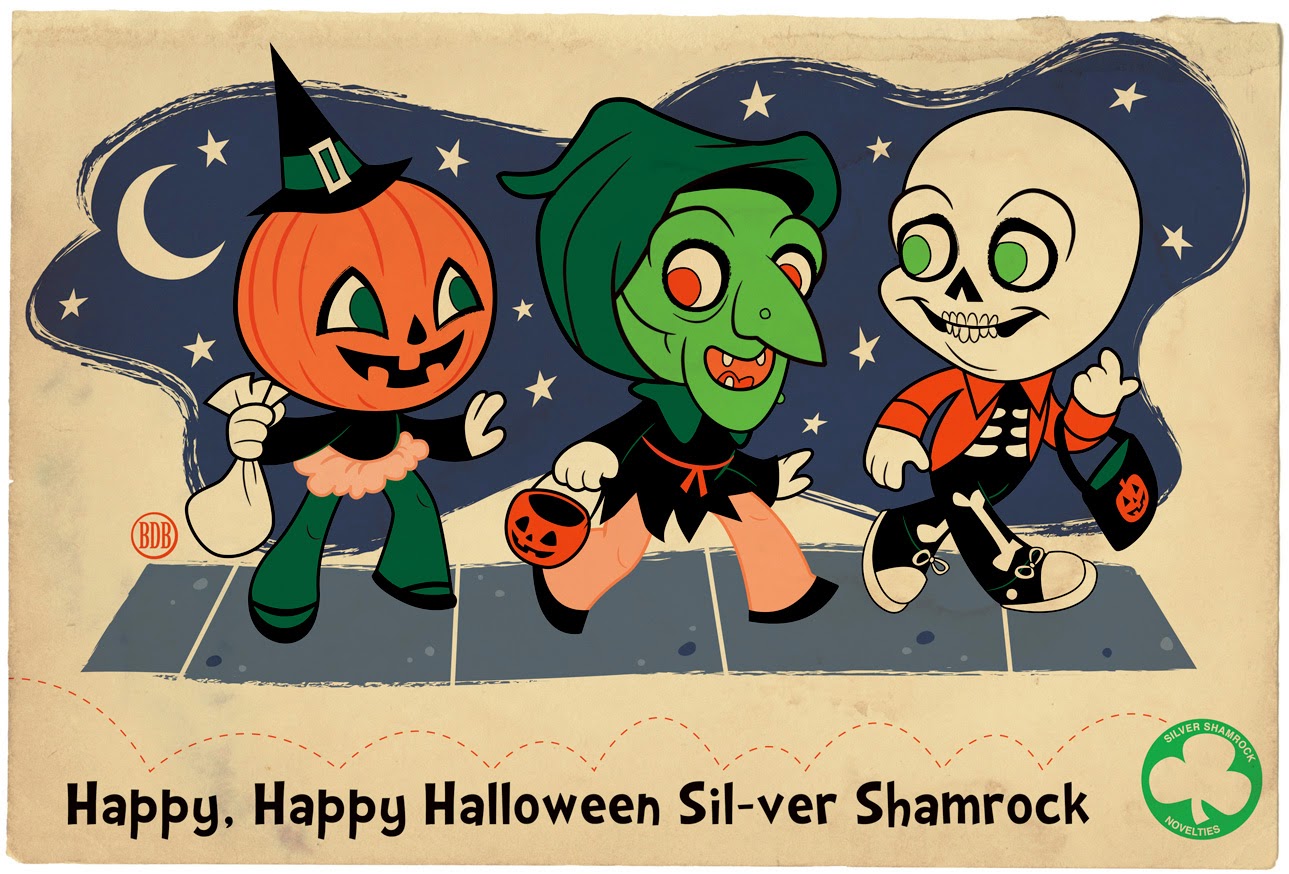 Only six more months till Halloween! Unbelievable. Speaking of unbelievable, I actually finished a new piece of art. I've been drawing & crafting lately, but I just can't bring myself to sit in front of a computer for hours on end.
So here it is! My newest piece, the Silver Shamrock trick-or-treaters. This was an idea that I started working on in September of 2013. I wanted to do a sort of retro faux ad for Silver Shamrock. This was my first rough draft: 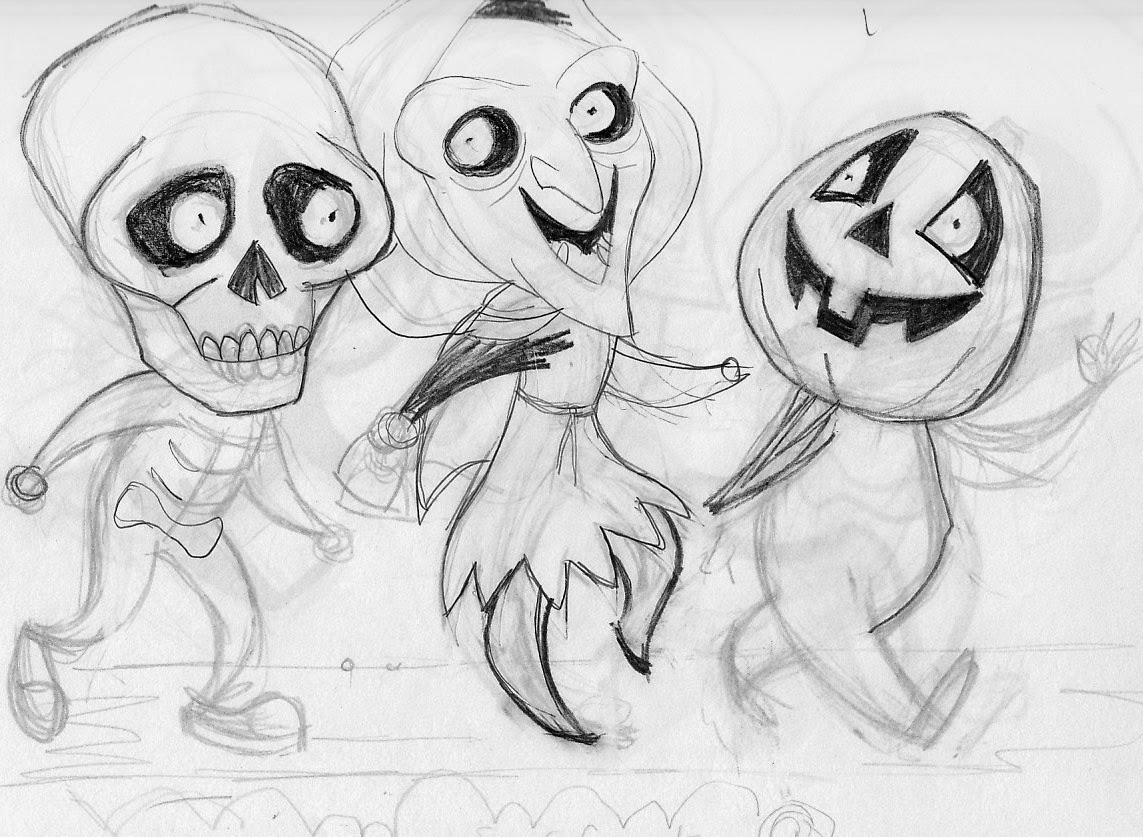 It's not very good. But, i wanted to get the idea down. Then I did a second rough sketch: 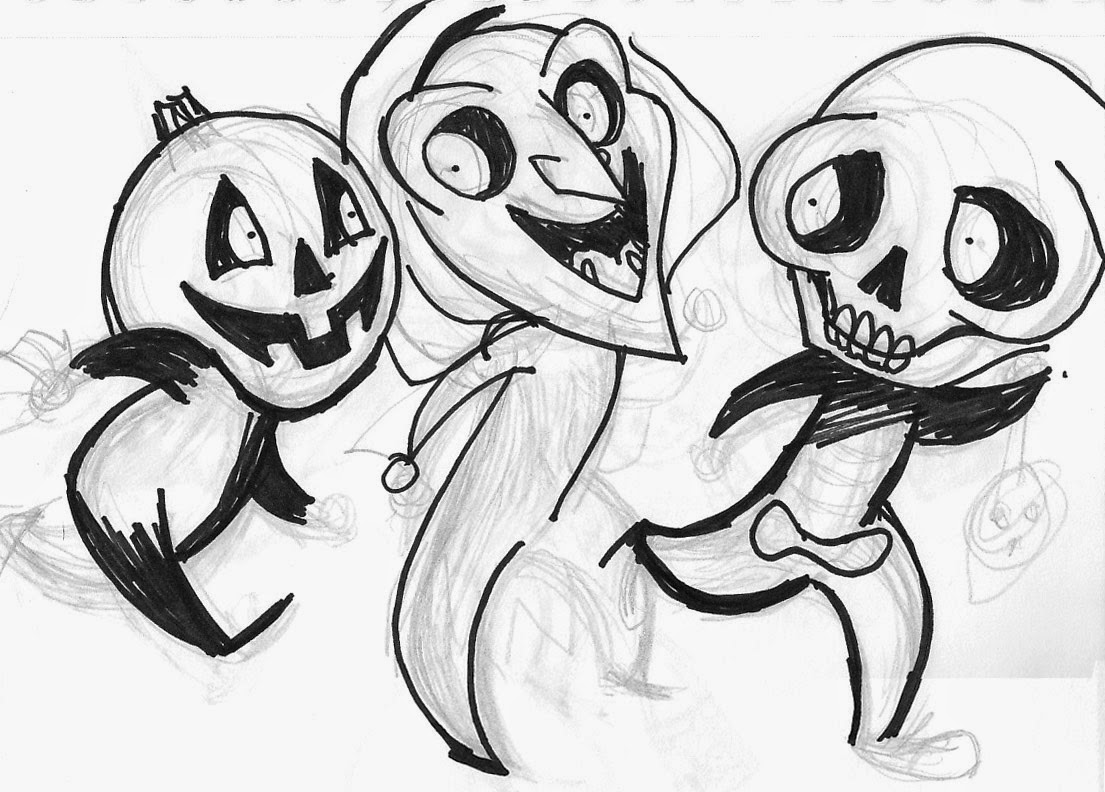 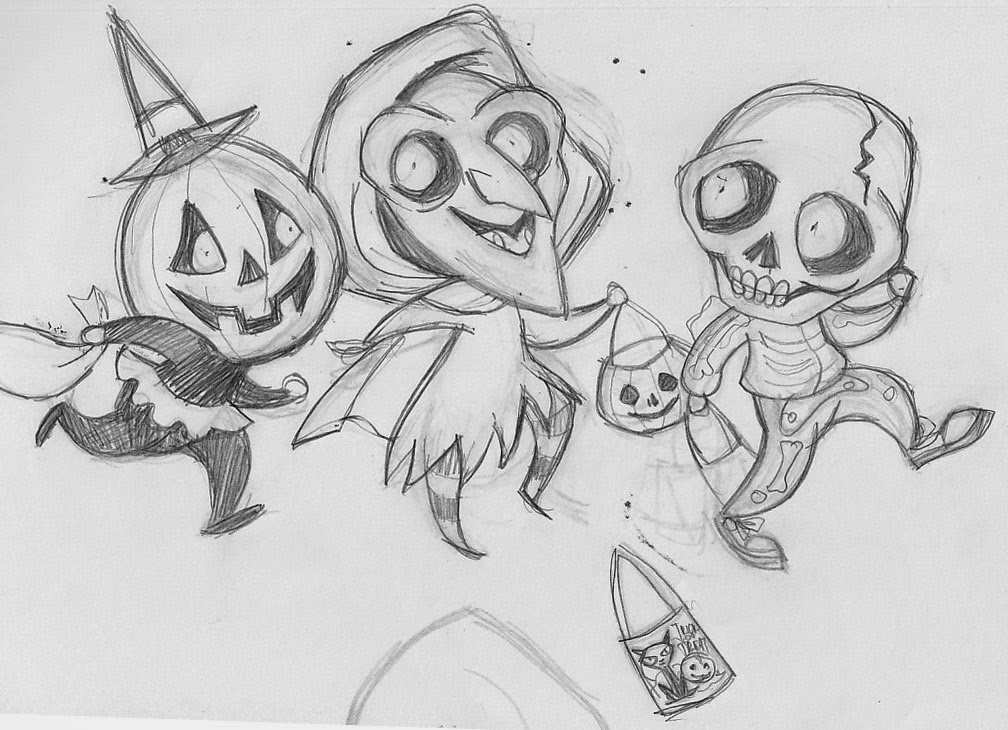 Because I was moving to a new house in October of 2013, I didn't take part in the Halloween Countdown that year. But I decided that I would save it and use it as part of 2014's countdown. Well, that didn't happen. I did start an Illustrator piece, but I wasn't loving it. I had a bunch of other pieces to work on, so I just dropped it.

Last month I started thinking about it again and I decided to redraw it. 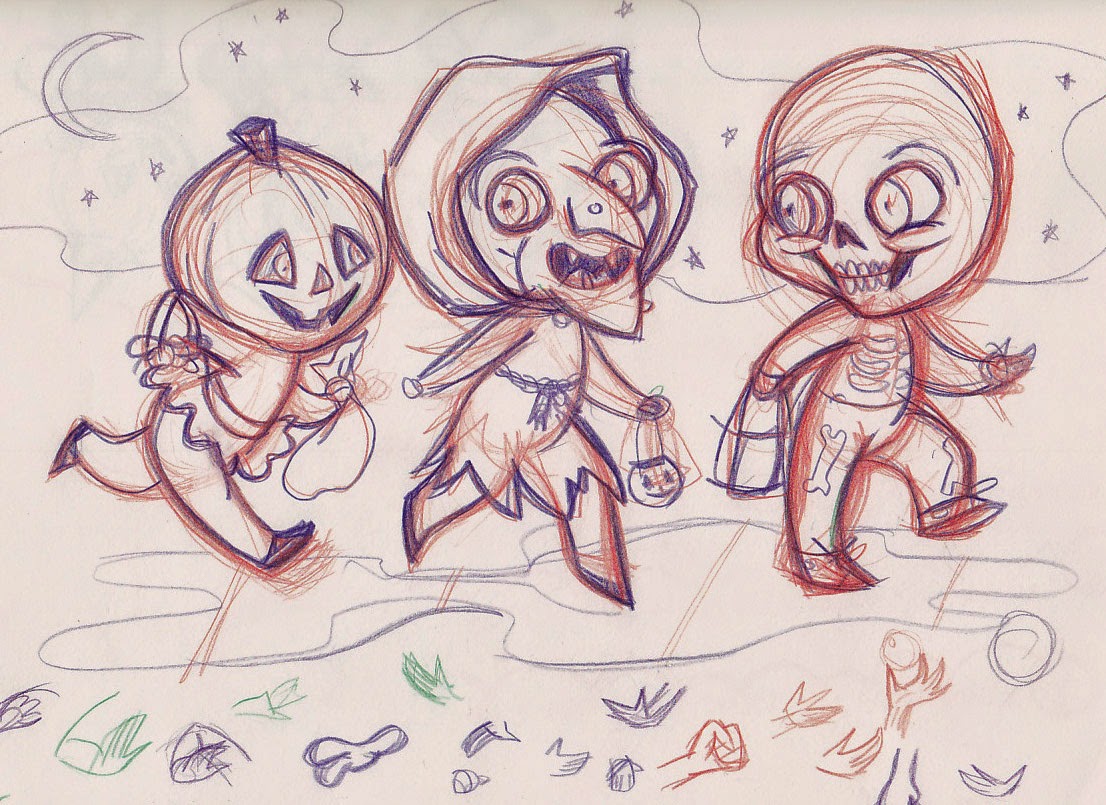 Look at all my hand gesture drawings at the bottom :P
I felt like this one was better, but I thought I might have one more go at it, which resulted in this: 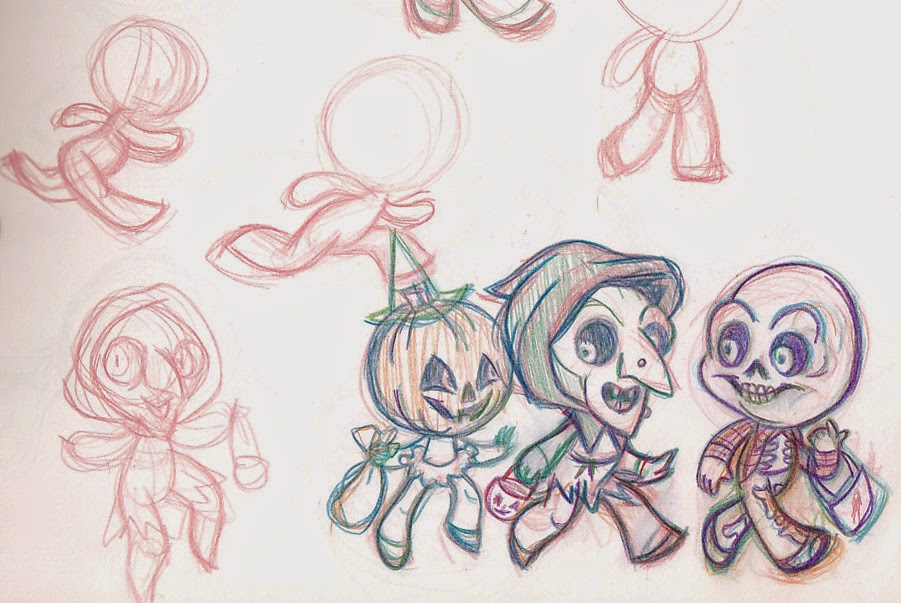 I thought it would be interesting to include all these drafts. It's eye-opening for me to look at, just because I can see my style shaping and improving.
Posted by Belle Dee at 1:29 PM 6 comments: